What is Version Control?

Version control is the method used for incrementing, tracking, and recording changes in documents or files that occur over time in a systematic manner. Versioning organizes the history of changes in a logical order, and allows for review or version rollbacks if needed.

Why Use Document Version Control?

In almost any business or organization, there will arise the need for changes in documents or files. Often, documents (whether paper or electronic) are passed around, and it is up to each individual to determine how to manage the changes. Sometimes, policies dictate how versions are maintained, but if these procedures are manual and left to individuals, it can be problematic when people forget or neglect to follow the standards. More frequently, individuals have their own separate and unique, ad-hoc ways of tracking versions. It is not hard to see how this can quickly create confusion and disorder.

A document management system with version control solves the problems of tracking changes by retaining versions in a centralized location. When someone wants to make changes, they must go through a check-out and check-in process which ensures that after changes are made and the file is checked-in, a new version of the file is created and the version sequence is incremented. All prior versions are retrievable and can be promoted as the latest version. This process happens automatically, which eliminates user confusion and the need to manually apply versioning schemes. 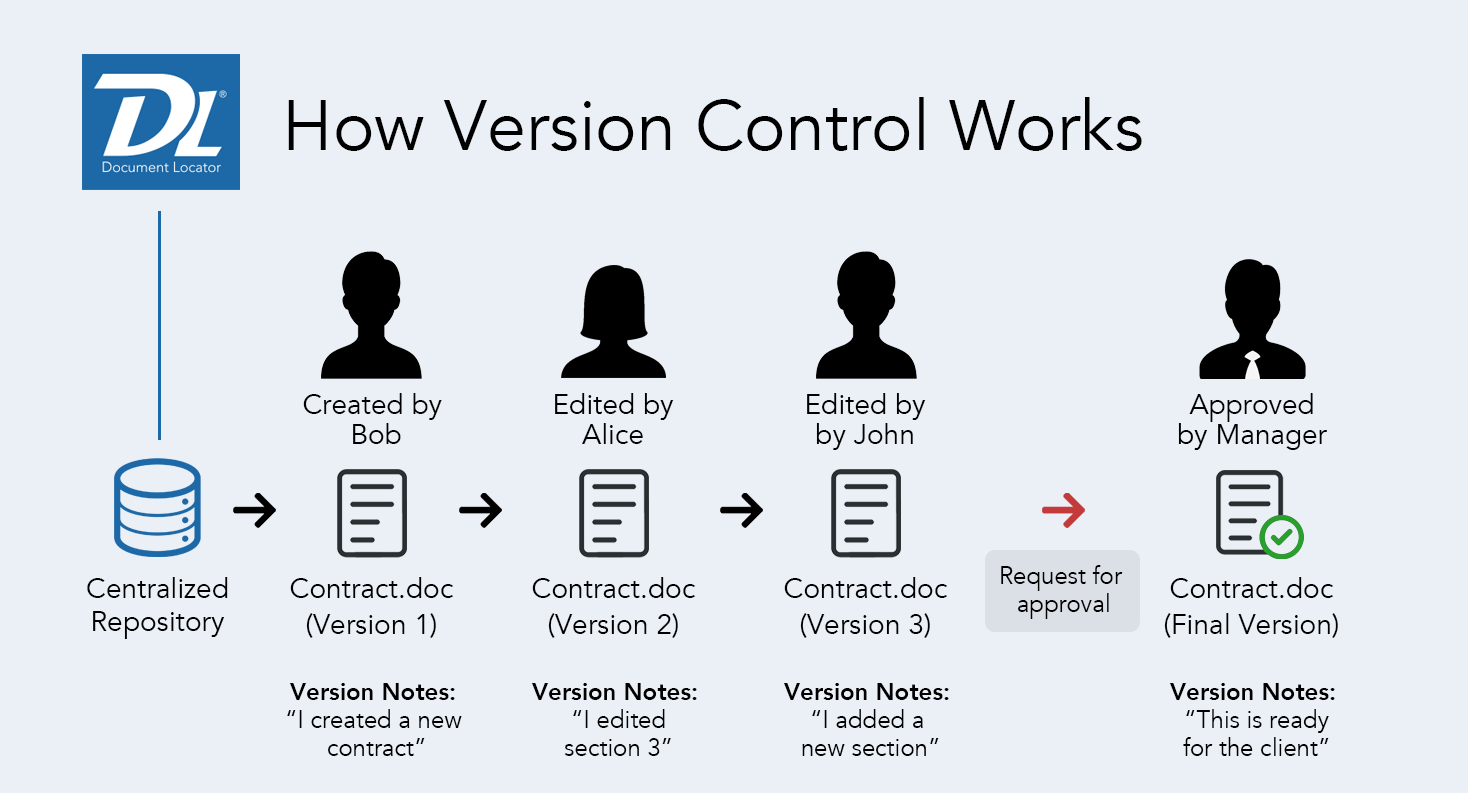 The Components of a Version Control System

When reviewing the history of a document, it is extremely helpful to include notes for each version. This helps users understand why changes were made and what those changes entail. Instead of opening each file to determine how they differ, version notes can help users to quickly understand how the document has changed over time. Some systems can automatically share these notes via electronic notifications to designated users whenever a change is made.

While version notes can be helpful, sometimes it’s important to understand exactly how a document has changed. This is especially true when it comes to certain types of documents like technical documentation or legal files such as contracts. Comparison tools allow users to quickly find the differences between two or more documents, ultimately saving the time it would take to manually read each version and spot the differences.

Even with version control features enabled, it can often be the case that a document will get off track in its development. Someone might make mistakes in their edits, or take the document in a direction that is not in line with the ultimate goal. Or, a released document may no longer be valid, and it is easier to start from a prior version than re-work changes made in a later version. In these cases, having the ability to roll back to a prior version and promote it as the latest can quickly get the document process back on track.

Sometimes it is helpful to be able to take a document in a new direction without compromising the progression of the main version. By allowing the creation of sub-versions of a document, users are free to explore new ideas without the concern that they are getting off track. If this new direction has merit, then a sub-version can be promoted to a full version.

While some files may go through constant revisions throughout their lifecycle, it may not always be clear whether or not a file is ready to be used for its intended purpose. A document management system that includes a document approval workflow can help to make this clear to everyone. When a document is complete, a certain user, or a group of users, can be notified electronically to review the document and indicate whether or not the document is approved. Upon their approval, the document is automatically published as the final version. In some systems, the file may not even be visible to certain users until it is approved. For example, HR teams may work to create an employee handbook that is only accessible to the entire team after it is approved by the head of HR.

An audit trail is a complete record of the changes and actions that take place on a file. This data is much more detailed than basic document versioning. Actions such as when a file was successfully and unsuccessfully accessed, workflow history, and a record of changes all provide a broader picture of a file’s history. When combined with reporting tools, users can gain a better understanding of what a document has done over time and how users have interacted with that document. This information can be important for many reasons, including security and regulatory compliance.

While some version control methods are as simple as applying a new version number to a file, there is sometimes a need for more advanced methods of version control. In some circumstances, version control must define the entire process of making changes, and control how changes are suggested and implemented. For example, organizations that must comply with quality guidelines follow a process improvement procedure known as CAPA (corrective and preventive action). This process includes the clear identification of problems and extensive documentation of the steps and resources required to mitigate these problems. In this case, the process for making revisions is often critical because small changes can have a large impact. Therefore, these organizations have clear and defined change control procedures in place to determine if changes are needed, and if so, how changes are proposed, evaluated, drafted, reviewed, and approved.

Beyond version levels, document changes can also be grouped into revision levels. While a version is simply an iteration (something that is different than before), a revision is, in a sense, a controlled version that implies a more impactful change and often requires approval to reach the next step. The creation of a document over time may go through various stages. Each stage may have many versions, but a new revision level is not reached until it is clear that the document is ready for the next stage. Revision levels are an indication that the document has reached a new stage in development.

Watch the video below to learn more 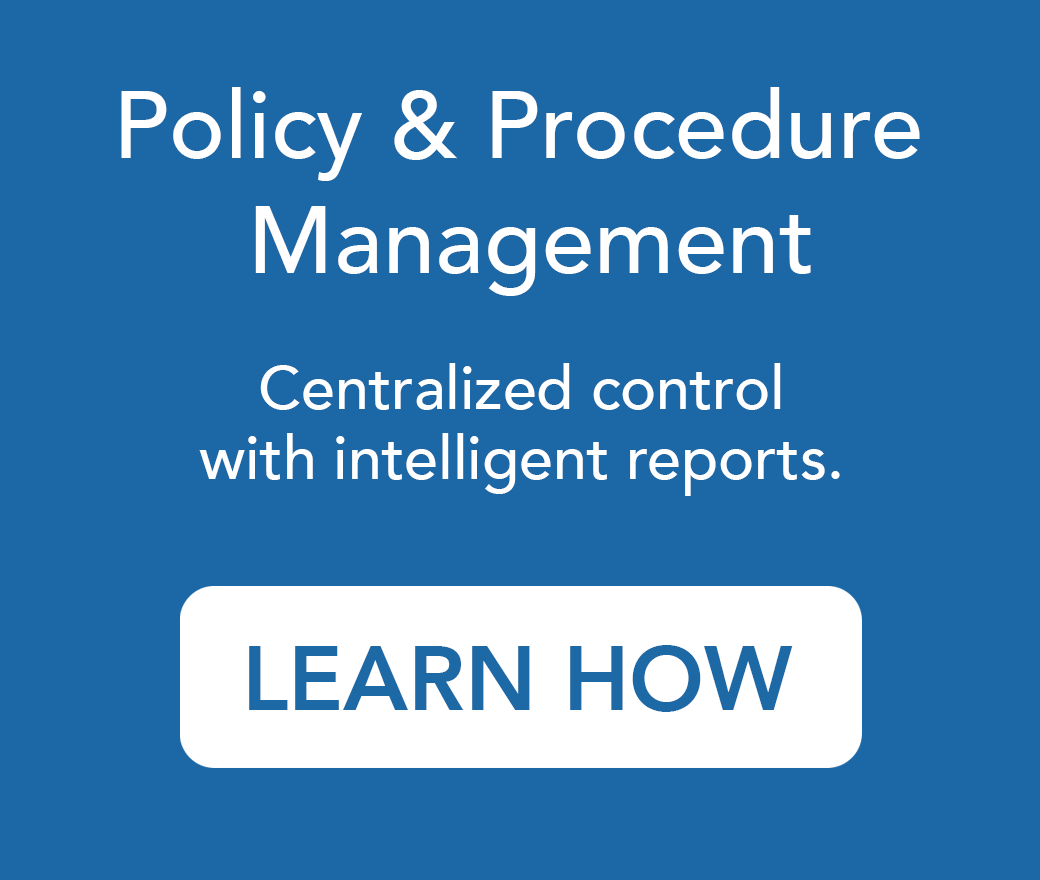