How to find any drawing, from any project, from any year?

SWAT is an engineering firm in the oil and gas industry of Western Canada. SWAT takes a different approach. "We don’t silo our people," said Chris McIsaac, Principal and VP. “We hire multi-talented, multi-scope individuals and rely on them to have ownership of the entire project.”

The firm’s documents lead an interesting life. Each plant has its own set of drawings, which are loaned to SWAT, modified, and returned. Some facilities establish rigorous policies to manage that flow; others count on SWAT to maintain their records and retrieve them when needed.

Clients aren't the only ones who might request a document from SWAT. The firm is regulated by the Association of Professional Engineers and Geoscientists of Alberta (APEGA), and must stand ready to retrieve any record, from any project, from any year, to demonstrate compliance.

Until recently, the firm relied on a local server for document storage – but it's not easy to dig up records from a complex folder structure. To address that, SWAT kept a Microsoft Access database with info on every document in its system, including project name and number, location and expenditure info, equipment tags, document numbers and types, and so on. The database also held a link to the location of the document on the server.

The system was tolerable, but not perfect.

Then one day, the database went down.

SWAT does nightly backups, but it lost a day's work when Access crashed. It took another half a day to get the system back up, during which time their document controller couldn't work, adding another layer of expense.

On its face, the cost of the crash came in at about $2,000; what's harder to quantify is reputational damage. If a firm is a day late on its deliverables, there may be 20 workers standing around on-site waiting to get started. A delay like that can devastate a client relationship. SWAT managed to build workarounds to get its clients the information they needed, but the crash was a turning point.

In addition to system stability and an auditable trail of deliverables – two key requirements – SWAT needed a solution with transmittal capability. SWAT often exchanges large files with people outside the firm; due to file size, email and FTP would not do.

SWAT set out to find a solution. SWAT evaluated M-Files, eTransmittal and eFileCabinet; it also considered building a SQL database with a web interface.

Then SWAT found Document Locator. With centralized management, streamlined versioning, searchable metadata, multi-user sign-on, auditability, and transmittals, it had everything the firm needed. For example, the transmittals feature on Document Locator securely routes and logs everything in the system, reducing the chance of delay and making sure people get the information they need on time.

It also made financial sense. Compared to the custom solution, Document Locator cost "an order of magnitude less," McIsaac said.

Since rollout, SWAT has cut its document processing time in half, from 20 minutes down to 10. This efficiency is a selling point for clients; it also empowered SWAT to expand its client base without hiring additional controllers, saving on salary and onboarding costs.

There were some unexpected benefits, as well. "The ability to set time-based reminders on the documents, that's something I haven't seen on other solutions," McIsaac said. "It's going to help us manage our health/safety environment, and our contracts as well."

During implementation, SWAT brought its document control team to the table early. As a result, user acceptance was smooth. "The feedback so far is that it’s working quite well," McIsaac said.

The future? Stepping off the cloud.

For now, SWAT continues to use Dropbox for ad-hoc collaboration; however, official drawings are controlled in Document Locator for transmission and archival. But there are disadvantages to Dropbox: most importantly, system overload. Syncing a 10-gig file to devices with limited hard drive space brings everyone to a grinding halt.

In the future, SWAT plans to move its entire workspace over to Document Locator. "Our files will be located on our own server, so we'll have 100 percent control – and we'll have remote access through Document Locator WebTools," McIsaac said.

Meanwhile, the cost of the transition will be covered by all the savings that SWAT gains. 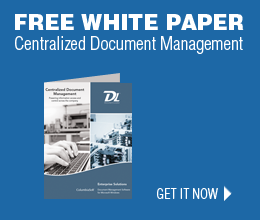